The Story Behind the Seller's 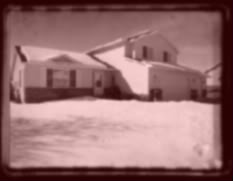 When I was a little girl, one of my favorite hobbies was to read.  Yes, my collection consisted of what most little girls my age had on their bookshelves at the time; the entire Nancy Drew Mysteries collection and the occasional racy Judy Blume novel.  But in addition to those, I also thoroughly enjoyed reading and flipping through the thin black and white real estate booklets that would randomly appear on the porch every couple of weeks.

One particular day while flipping through the pages of the booklet, I came across a photo of our house.  I jumped off the couch and ran to show my mom.  I was so proud that our home had made it into the "house book."  It was with a resigned sigh that I was to learn that my parents were getting a divorce and that our 6 bed/3 ba house sitting on 2 acres was quietly up "For Sale."

As sad as that may have been, eventually everything worked out for the best.  But even after 30+ years, I can't help but to always consider the story behind every "For Sale" sign.  The sellers are most likely anticipating a new beginning or possibly coming to terms with what they see as a tragic ending.  In this market of ever-increasing short sales and foreclosures, I think we can safely assume that its mostly the latter. 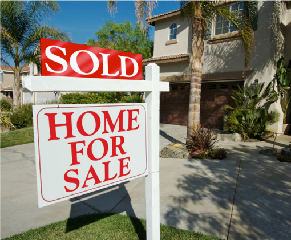 Last week when showing a buyer a property that was by "appointment only."  We noticed the tight smiles on the sellers' faces as we slowly walked though their home.  Clearly the kids were on their best behavior because I'd never seen three 6-9 year olds sitting side-by-side so quietly with their hands in their laps.

After the tour, I thanked them for allowing us to see the house.  As we turned to leave, the wife stepped forward and asked my buyer directly if she liked the house?  Both my buyer and I simultaneously responded yes, although it was the truth, I knew by my buyer's body language that it wasn't at the top of her list.  We walked to the car without saying a word.  A few minutes later she broke the silence and simply said, "That was sad, huh?"  My response, "Very!"

It wasn't what the seller had asked, but how she had asked it.  There was such a sense of desperation and urgency in her tone that it immediately formed a lump in our throats.

Although we didn't make an offer on the house, I was glad to see that it is now placed in "Backup Offers" status.  We as Realtors are oftentimes assisting people through such difficult and challenging times in their lives.  A friend of mine who was recently laid off said to me that she was seeing it as a place she was starting from and not a place where she had ended up.  WOW!  What a great attitude!  If we can successfully convey that to our sellers, we will have earned so much more than a commission check.